In a tavern on the outskirts of a small town it was noisy. Usually, tired workers, small merchants and rare mercenaries spent the evenings under his roof, but today most of the tables were occupied by soldiers in uniform cloaks. They hurried to spend the salaries paid, and most regulars preferred to vacate their place.
At the table there was only the trader and creature already beginning to grow bald in a freakish dressing gown, most similar to a huge monkey-orangutan. To the bench near which was leant an even more bizarre staff. The two were so engrossed in the game that they did not notice the soldiers coming up until one of them called to the beast:
— Is it you that King Jhao, predictor?
His friends laughed. They were bored, and the fight with the frenzied “monkey” would be an excellent continuation of the evening. Zverling took a pipe from his mouth and raised a frown eyebrow inquiringly.
— Yes, I’m a predictor of the future and dream interpreter, King Jhao, but now I’m busy. If you need my services, come back tomorrow.
— “The predictor, how,” the soldier raised his voice. His friends buzzed approvingly. “Everyone knows that all your prophecies are common fraud! Fate in the hands of the gods, where is it seen, so that some subhuman could himself look into the future? Especially with the help of some stupid toys?
He dared the dice with his hand and stared at King Jhao with a challenge. The predictor flashed his black eyes.
— Since the game is still spoiled, can you risk checking my abilities? For a couple of coins, of course, “he added hastily. – Maybe I’m a “subhuman,” but I’m not a trained animal to entertain idiots for free.
The soldier tried to be outraged, but his comrades, shouting “Come on, let him take a chance!” Maybe he’ll guess something! “They seated him by the table.
The merchant, with whom King Jhao played, also stayed, not wanting to miss the spectacle. With a solid look, the fortuneteller asked the soldier his name, place and time of birth. Then he chuckled, mixed the knuckles, shook them in his huge hands and threw them on the table.
— You should hurry to the fortress, there you are expected to promote you and a new appointment, – he muttered, leading his fingers over the formed pile. “In two days, thanks to your courage, you deserve praise from the general himself.” He will even write a letter to your family!
Having cheered more than before, the soldiers left, taking with them a dissatisfied comrade and loudly discussing his brilliant future …
— Forgive me, predictor, “the trader said after a pause,” I believe that an officer can praise a brave warrior-commoner or even reward him with a pair of coins. But that he began to write a letter – this is simply impossible!
— Two days later, he will save the banner of the regiment. “King Jhao lit up the out-of-pipe and began to mix the dices again.
— Even if so, why write to his family?
— Because this brainless idiot will die, – the black eyes of the predictorr glittered unkindly. The torn game was in his favor – and he almost did not use his abilities for this – but thanks to the soldiers, he lost the winnings.
The dumbfounded trader paused for a long time.
—  And you read it all over the dice? he finally decided to ask.
— What? Of course not, I was still wondering in the morning on remarkable meetings on a turtle shell! said King Jhao indignantly. – If you look at local turtles, then all are waiting for interesting times! Why am I … Oh, until we were not rudely interrupted, you wanted to ask me to predict the fate of some deal …
The merchant nodded and climbed behind the bag of coins.

Be the first to review “King Jao the Dicer” Cancel reply 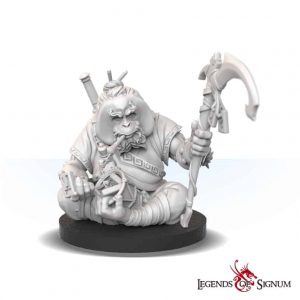