Alluna is one of the best assassins in the Order of the Illuminati. The church uses the Order as its most important weapon in the struggle for power and influence in the Griffins Empire.  The fanatical Pope justifies all actions of the Church in the name of the God. He encourages even murders  if they are accomplished for benefits of the church.

The members of the Illuminati Order have neither past or  future. They are only the cold blade directed to hearts of enemies. However, Alluna earned grim reputation in the Empire after murdering of general Baldwin. The rebellious General dared to accuse the Pope of hypocrisy and lies. Alluna killed the general and twenty-three of his officers during one night, but she has not received a single scratch.

After this feat committed in the church’s name, the Pope wanted to meet the girl. Stroked her cheek, he said with a sigh:

– What beauty and deadly power are in a fragile body!

Be the first to review “Alluna, Illuminati assassin” Cancel reply 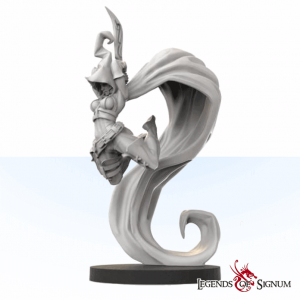