Set of Miniatures for “Legends of Signum” tabletop wargame.

1 high-quality resin miniature of the Dragon: Paraxis the Scarlet Dragon

“Dragon Hunters” is a stand-alone expansion of “Legends of Signum“. In this game, you take part in the story about three Hunters invading the Dragon’s lair. All of them have different background and goals, but all of them have united against the common enemy.

Be the first to review “Dragon Hunters” Cancel reply 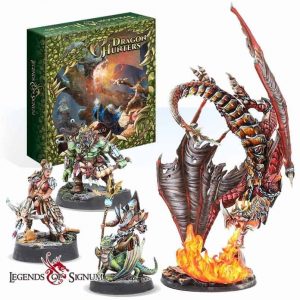