Tulum the Son of Steppes

Tulum the Son of Steppes

The kit includes two options for weapons behind his back.

Tulum is a special orc. His mother was a brave warrior of steppe orcs tribe, but his father…. he was a human. That was the main reason other orcs of the tribe never took Tulum seriously, and only his mother loved him being the whole world to the young half-orc. As an adult, Tulum eventually decided to leave the tribe which still refused to accept his personality.

On the day he left for the steppe, a terrifying sinister shadow fell upon the settlement. It was too late when the young warrior saw the smoke and rushed back as all the orcs of the tribe were already dead, including Tulum’s mother. He also noticed a dragon which raged over the burning ruins like an insatiable god of death.

Tulum’s world was destroyed, and that became a starting point for the warrior to finally find his life purpose. Ending up with nothing, the orc decided to use all his strength and skills to find that dragon. The dragon which killed his beloved mother and the entire tribe of «true» orcs who failed to defend their land. 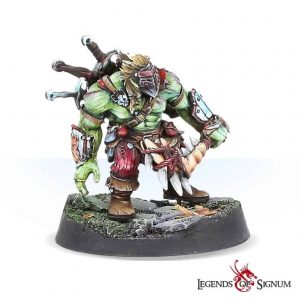